Max Bernstein, my great great uncle, had a number of mishaps in his life.  Born in Schubin, Germany in 1873, he came to America in 1890 and settled in New York City.  After his uncle Samuel Braunhart, the San Francisco politician, died shortly after being injured in the Great Earthquake and Fire, he moved, along with his mother Sara Braunhart Bernstein to California.

First of all, Max, who was one of the two executors of his Uncle Samuel's will, was so eager to take charge of his uncle's body, that he forgot to check if Sam was indeed....dead!  The newspaper article below describes the embarrassing situation:

After settling in Oakland (actually in what today is Emeryville), Max bought a pool hall and ran it for several years.  His first brush with trouble was in 1913, when he was arrested for allowing underage boys to partake in the entertainment found in early 1900s pool halls. 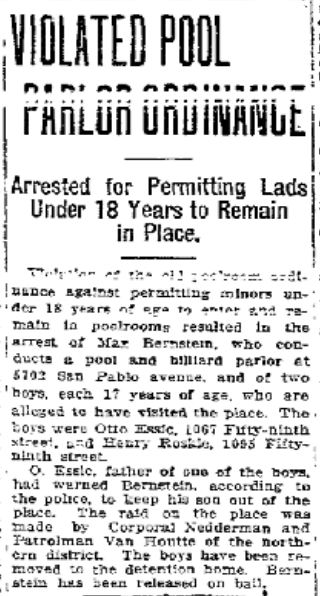 Although trained as a barber, Max hung in there with his pool hall until he decided to sell it in 1916. The new owners ended up not being too happy with the terms of the sale, as the wife of the new owner took matters into her own hands and attempted to murder Max.

This is where the surprise ending comes into this story. The woman, Ellen Stewart, shot at Max four times and wounded him.  When the Police chased her, she then took a vial of poison in the street and dropped dead on the spot.  Here's the article describing the traumatic events of the day - but keep reading.  Wait until the husband finds out! 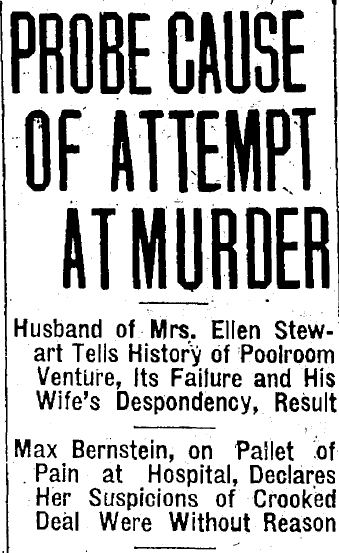 When the husband, Horatio Stewart found out about the goings on, he, with great deliberation and planning, took his own life the next day. 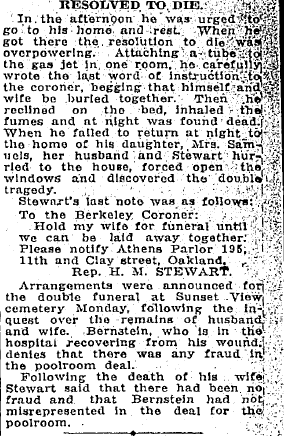 Max retired to his barbering, lived with his mother Sara until her death in 1930, and passed away suddenly in  Lakeport, California in 1932.  He never married.  And so ends Max's saga. 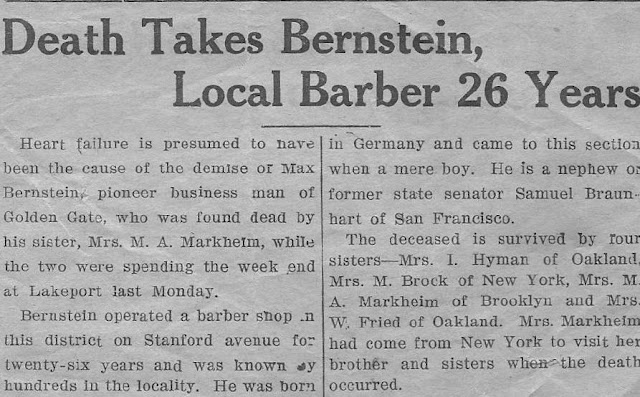