I Traveled to America - and Didn't Stay 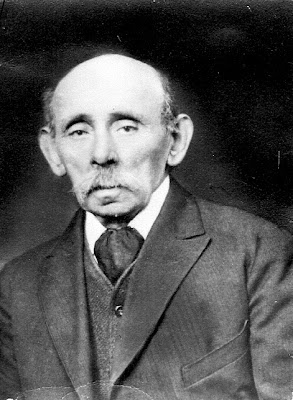 Why didn't Alexander Braunhart stay in America? Alexander traveled to New York City from his home in Schubin, Germany twice! His first trip was May of 1881 and the second was February of 1882.

His brothers Samuel and Bernhard were living in California at the time, Samuel in San Francisco and Bernhard in San Bernardino. Is it possible that they didn't travel to New York and Alexander was alone? He had no other relatives to meet him at the port.

He had his wife Helene and sons Moritz and Jacob at home in Schubin. Was he scoping out America to possibly have his family immigrate? Perhaps we will never know.

Another Braunhart who visited and did not stay was Theodor's widow Lucie Braunhart. Theodor had escaped to Shanghai in the late 1930s or early 1940s. Theodor was of course Jewish, but Lucie was not. Lucie stayed in Berlin to take care of Alexander during the Nazi reign. She hid the old man from the Nazis until he died in 1941. Because of the Japanese blockade, Theodor traveled from Shanghai to Palestine and unfortunately contracted tuberculosis and suffered from malnutrition. After the war, he returned to Germany to find Lucie. Because of his poor health, Theodor finally succumbed in 1951.

Lucie stayed in Berlin for the rest of her life. As of this posting, we do not know her date of death, but she regularly corresponded with her niece Lilly and the last correspondence was dated in 1984.

Lucie traveled to New York City in October of 1956. No one alive today in America remembers her visit. She is remembered by Philipp Braunhart's granddaughters in Berlin as a woman with a great sense of humor and that she was well-liked.

Perhaps someday we will know why Alexander and Lucie traveled to America and why they returned home. For Alexander, it was likely especially difficult to have half of his children in America and half in Germany.