A Tribute to Lilly 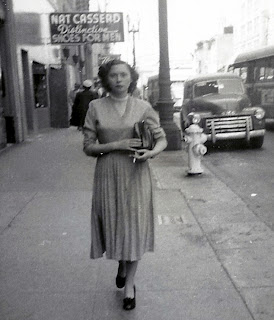 I have never met any of my Braunhart ancestors.  The only person older than my grandmother Celia Heyman Marks who I met, was Celia's father Isidor Heyman, who was married to a "Braunhart" - Ernestine Bernstein. Ernestine died in 1944, two years before I was born. She was the granddaughter of the Braunhart patriarch and matriarch Lewin Braunhart and Wilhelmine Zadek Braunhart. I was too young to make much sense of what Isidor had to say and I didn't see enough of him to develop much of a relationship.

All I know about these ancestors are the stories that have been told and the letters that are nearly a hundred years old that we have had translated.

I have posted often about my great great great uncle Samuel Braunhart, who was beyond feisty, and his convictions coupled with his "loud mouth" often got him in trouble. But he was an honorable man who cared for the "little people." If anyone happened to know both Sam and myself, it would be quite easy to make a connection between our two personalities.  So I am quite drawn to his story and his exploits.

Yet, there is one more Braunhart (of many) that I would loved to have met - and that is Lilly Braunhart.  Lilly was the daughter of Julius Braunhart and his wife Dorka Asch Braunhart. Julius has been identified as brilliant, but also a gambler who deserted his family. Dorka, Lilly, and Lilly's younger brother Lothar, escaped from Germany and were refugees in Shanghai. After ten years, they left Shanghai, then spent part of their time in New York City, but soon moved to San Francisco, the place of my birth.  The unfortunate thing is that I was alive for over 20 years that Lilly and I were both in the San Francisco area.  And we never met, since I didn't know anything about the Braunhart family.

Lilly was a very smart lady.  She left New York City, because her relatives did not understand that she wanted to use her brain in any chosen vocation. I do not know if her brother Lothar and her mother Doris (as she was known) were already in San Francisco when Lilly moved there but they lived together until Lilly married her second husband.

Lilly was married twice - first to a journalist, Alexander Hoorin, who was in Shanghai with her, until Alexander was captured by the Japanese during World War II. Nothing is known about the circumstances of their divorce, but it appears that they were married less than five years. Lilly was also not married for very long to her second husband Jack Rains - it appears that it was less than three years.

Lilly was quite involved with the group of Shanghai survivors who met often. She was educated as a statistician, a rare occupation for a woman in the 1950s. She worked primarily for non-profit and charity organizations, such as the Jewish Relief organization and the United Bay Area Crusade (a precursor to the United Way). From a letter that Lilly wrote in 1984 about her career - "I was able to always make a good living in my field of statistical analysis. That is with the exception of the time after I arrived in New York, when several of my relatives pushed me into jobs which were underpaid. When I started out in San Francisco, my first salary was more than double of the one with which I ended up in New York. Aside from good money, these jobs I held (there were only two over a period of 23 years) offered prestige. Well, the time I lived in New York wasn't one I like to think about. Being an independent person, I hated to be told what to do, but some of the relatives never gave up to do just that."

Lilly was one of the few "Braunharts" that kept in touch with Theodor's widow Lucie Braunhart, who remained in Germany after the war and after her husband died in 1951. From a letter that Lilly wrote in 1983 - "As to Aunt Lucie, I am truly the only one who seems to care about her. Aunt Selma had been the other one. The rest of the family behaved badly and never showed any appreciation for the many sacrifices she made on behalf of the old father and all the Jewish relatives who stayed and later were killed in Germany. She was separated from her husband for 10 years, so that someone stayed behind to look after the old father. When he died, she could no longer leave Germany.  This is quite a story and cannot be told in a letter."

She owned a home quite near the ocean near the Presidio and lived there until she passed in 1997. Lilly was a smart, independent woman, who lived her own life.  Definitely a woman I would have loved to have known. 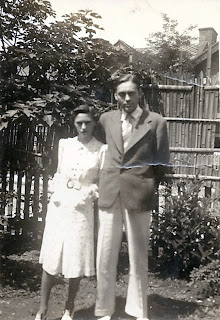 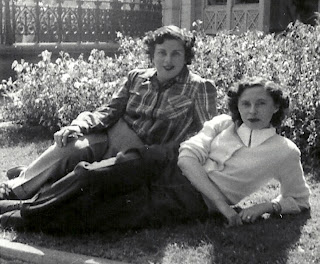