Heck of a Job - Sammy (The Landlubber Port Warden) 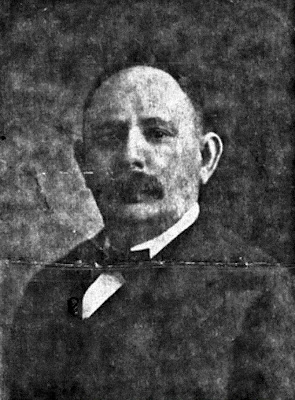 Remember right after Hurricane Katrina hit and leveled New Orleans in 2005?  Michael Brown was in charge of FEMA and was complimented with the phrase "Heck of a job, Brownie" by President Bush.  Formerly Mr. Brown was the Judges and Stewards Commissioner for the International Arabian Horse Association.

It was obvious at that time that Mr. Brown was unqualified to be placed in charge of FEMA.  But this happens all the time in politics.  Politicians feel that they owe favors to those who are their cronies, or who have helped them in the past.

This happened in my own family. Samuel Braunhart, my great great great uncle - who was also the venerable politician from San Francisco, was appointed Port Warden of the Port of San Francisco by then Governor Budd.  There were three Port Wardens on the Board and two of the three were supposed to be Master Mariners.

Samuel Braunhart was NOT a master mariner, or a junior mariner or a mariner of any shape or form.  In fact, I believe that the only time that Sammy was on a ship or boat was in the early 1860s when he immigrated to America, definitely a challenging voyage, but not one as a passenger that qualified him for any political appointment relating to shipping.

As evidenced by the article below, it is obvious that Sammy was a landlubber. 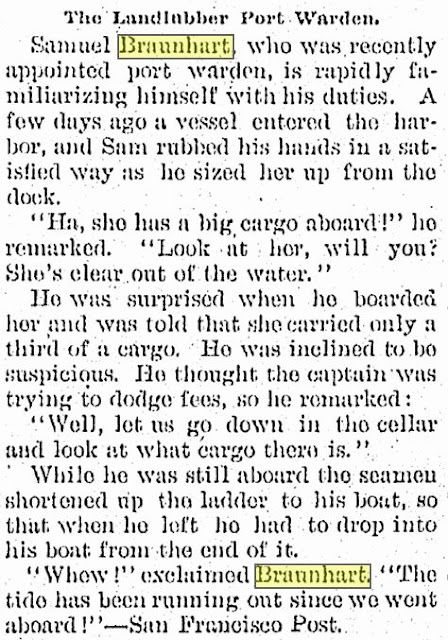