The Most Courageous Ancestor 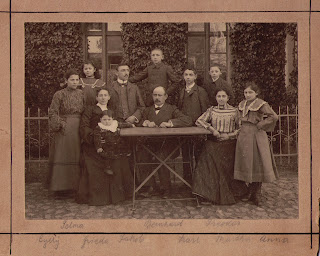 Philipp Braunhart was the fifth son of Alexander Braunhart and Helene Baszynzka Braunhart.  He was born in Schubin, Germany on December 19, 1891.  It is highly likely that his given name when he was young was Bernhard.  In a family photo taken in 1903 or 1904 he was labeled with the name Bernhard.   This can be seen here on the left in the young man in the back center of the family photo. Also, in his Uncle Samuel's will, there is no Philipp, but a nephew Bernhard who was left part of Samuel's estate. Alexander and Samuel's brother Bernhard Braunhart died in 1890, about a year and a half prior to Philipp's birth and it is possible that he was named after his uncle. 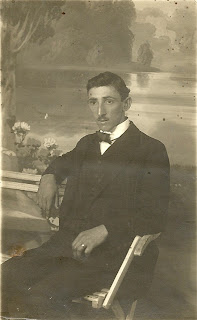 Not much is known of Philipp's childhood.  He married Else Schmalenbach, possibly in 1924.  His first child, a son, was born in October, 1925.  Both Philipp and Else were tailors.  When Philipp presented Else to his parents, they were not pleased, as Else was not Jewish as were the Braunhart family.  It is not known whether Philipp and Else were married in Schubin or Berlin.  Most of the Braunhart family had moved to Berlin in the 1920s or had immigrated to America.

In November, 1938, Philpp and Else's tailor shop windows were destroyed during the  Reichskristallnacht  like so many other Jewish businesses.

Philipp's greatest act of courage came a few short years later. There is much written about the Nuremberg Laws, which attempted to define who was a Jew and who wasn't.  Furthermore, there is much ambiguity about forced divorce between German non-Jews and German Jews.  Else, of course was not Jewish and Philipp was. Their children were classified as Mischling, or mixed-blood.

When confronted by the Gestapo, they were informed that if they did not divorce, then Philipp and all three of their children were to be taken to the camps. Philipp made the decision to save his children and agreed to a divorce from Else.  It is not known as to custom, whether Philipp or Else was the person agreeing to the divorce.  In either case, the decision would have been the most traumatic decision of either of their lives.

Else subsequently married Heinz Helwig, a nice and warm person, who thus took the responsibility of raising the children.  Else lived to the age of 81, passing on November 23, 1983.

Philipp and Else's courageous act tragically meant a death sentence for Philipp.  He was taken from Berlin to Sachsenhausen Concentration Camp, where he was murdered on July 6, 1942.  He has a burial gravestone at  Weissensee Jewish Cemetery in Berlin. 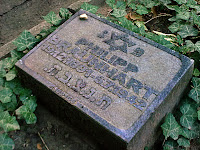