Is This Louis and Emil's Sister Fanny Marks?

Thanks to my new friend Scott, he provided the photo of the gravestone for Fanny Marks Lust. Now for the $64,000 question - is she the sister of brothers Louis and Emil Marks?  As written in a previous post, Emil lived at her house after her husband  (and Emil's good friend) Simon died.  And Fanny issued a claim to Emil's estate after Emil died.

Hopefully some day we can find proof. 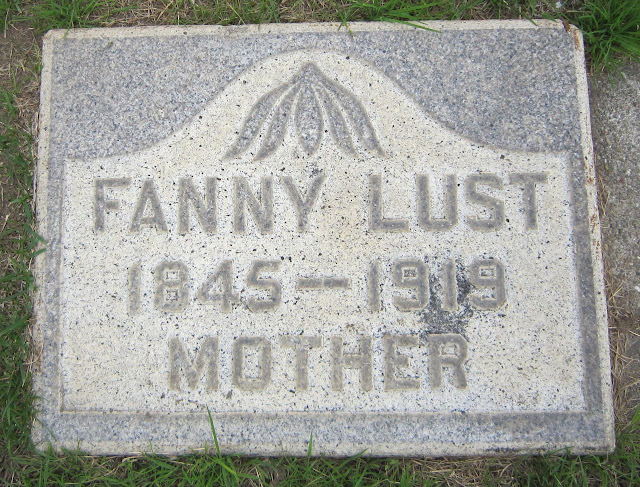