My great aunt, Martha Heyman, was married twice, once to Harry Christopher, and once to Leo Metzner. It is fascinating to me that her first marriage to Mr. Christopher lasted less than 3 months: 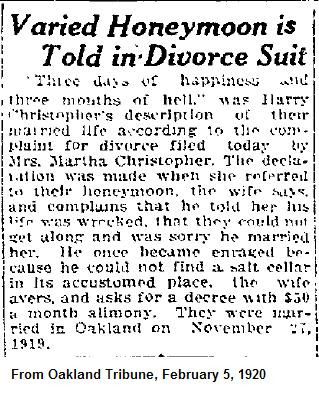 Fortunately, her second marriage (and final one) to my great Uncle Leo Metzner lasted over 50 years (unfortunately she passed 2 months after their golden anniversary).  They changed their last name to "Day" in the 1940's: 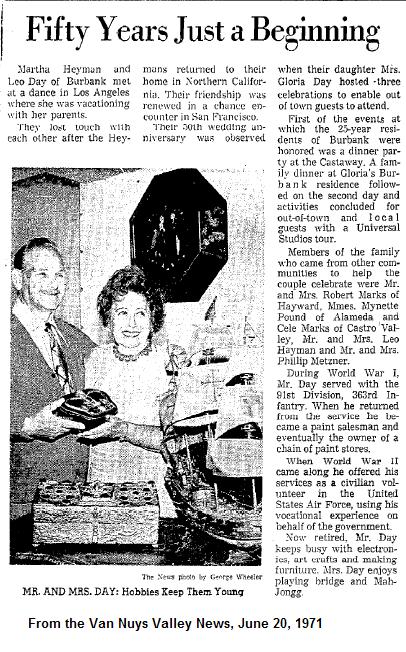 So who knows what lies ahead after a wedding, sometimes pain, sometimes bliss, sometimes both!
Posted by Kenneth R Marks on Monday, May 14, 2012
Family Names Heyman, Metzner