Below is a letter from Philipp Braunhart and his family, wife Else, children Horst, Bernhard, and Gisela, as well as Else's brother Theodor to Philipp's sister Selma Braunhart, who had previously escaped Germany to reside in England. The letter refers to Philipp's escape via the Japanese steamship Kasima Maru, which had a planned voyage from Naples, Italy departing on October 8 of 1939. Apparently, according to the letter, Philipp had booked passage on that ship, which was bound for New York City.

I researched that particular voyage, and it did arrive in America on October 16 1939. However all the passengers were Japanese refugees, who were fleeing Europe as the war had already started. Sadly, Philipp was denied boarding on the ship, and as we know and have written about, Philipp was later killed in a Nazi concentration camp at Sachsenhausen.

Below are the three pages from Philipp and family to his sister Selma, followed by the English translation. 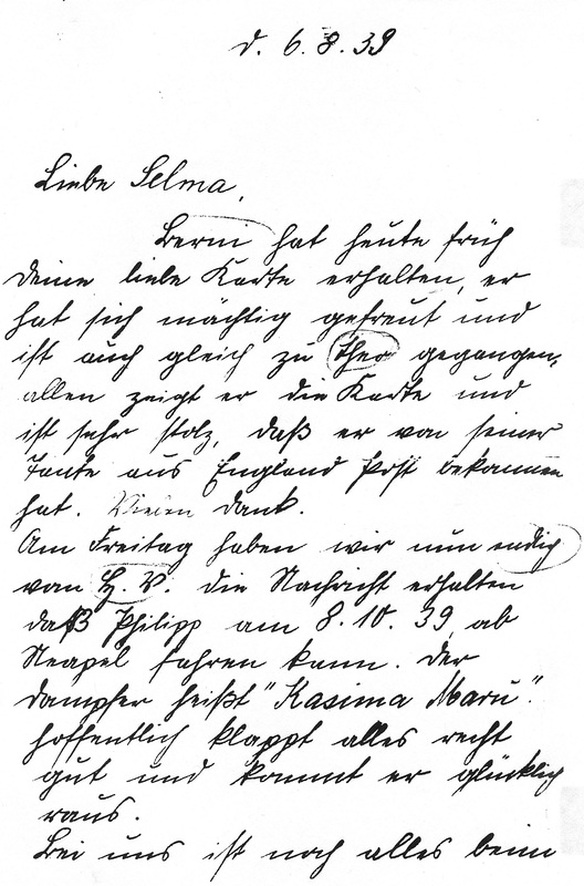 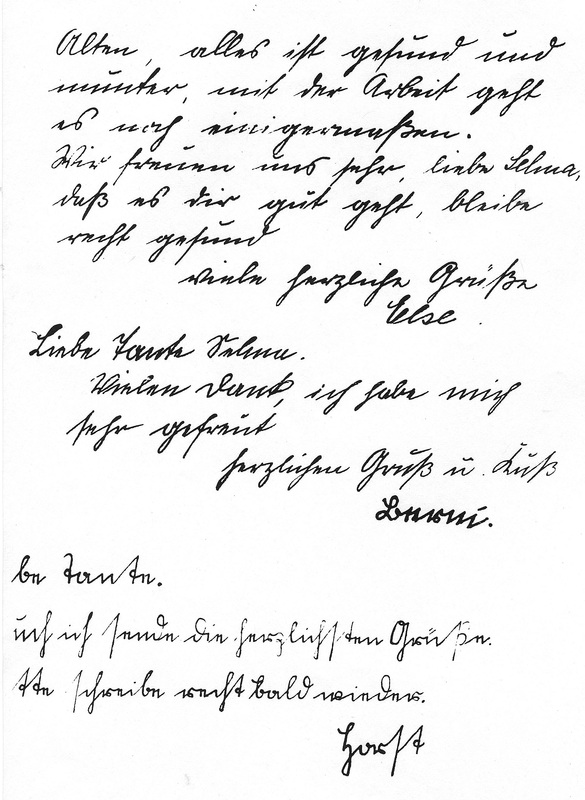 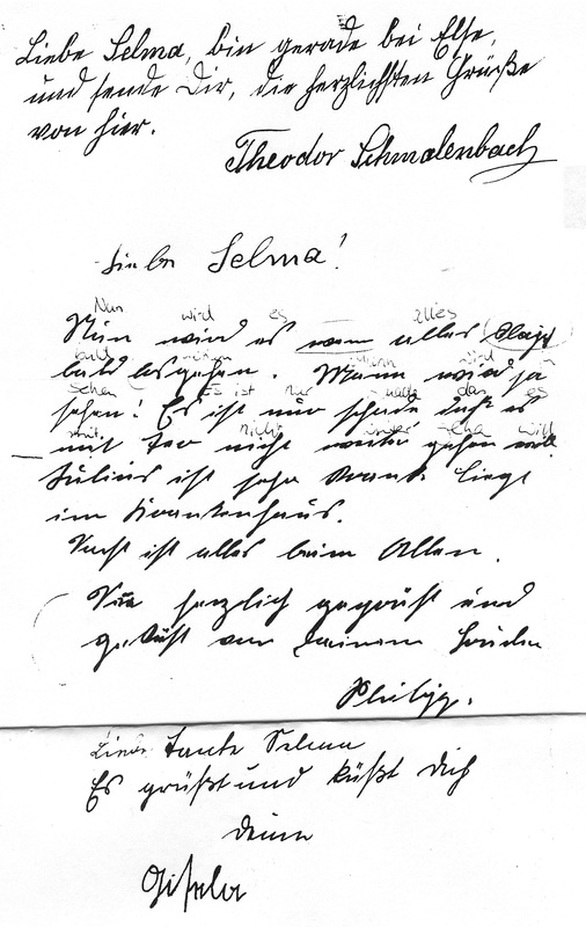 The following is the German to English translation. Even in tragically harsh times, the mood seemed happy. 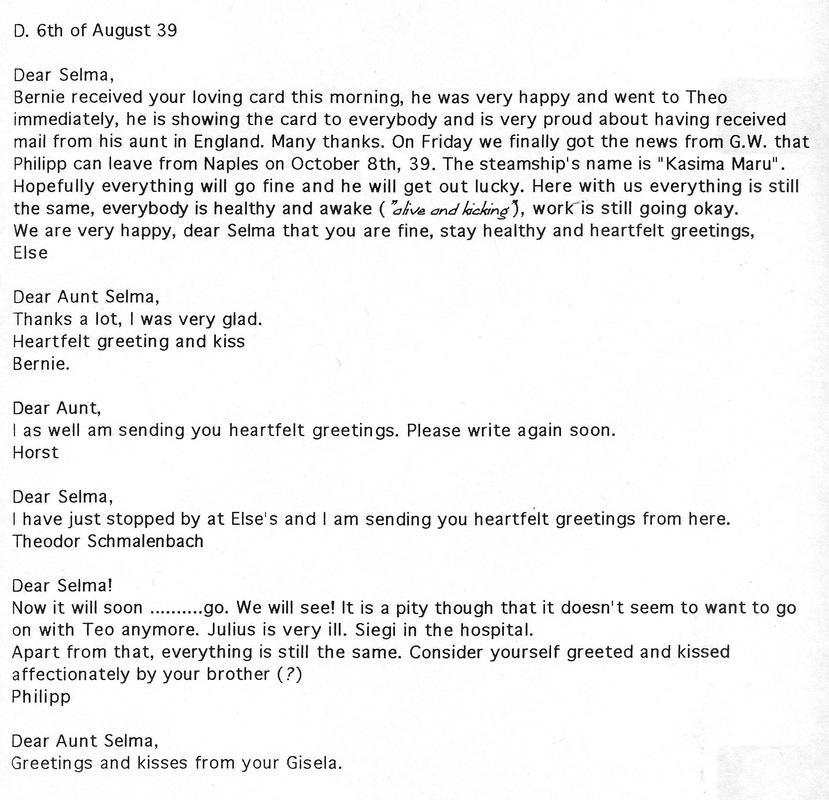