Letters from Germany - 1919 - What Happened to Moritz? 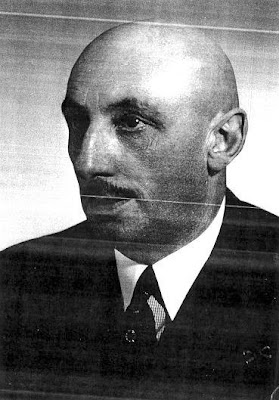 This is what we do know about Moritz. He was a soldier in the German army in World War 1. When he returned it appears that he was living in Leipzig and we have no reason to believe that he left there and likely lived the rest of his life there. From letters he mentions (or his relatives mention) his wife - although we do not know her name. There is no mention of children. But we have a binder full of untranslated letters from his sister Anna, who immigrated to America in 1909 and lived her life in Brooklyn, New York. So possibly there will be some clues in those letters. Let's hope so!

Furthermore, we know from family stories, that Moritz was a morose individual and likely suffered from depression. In any case, rumor has it that there was a divorce and that he committed suicide. Let's hope that we can present some positive stories about Moritz and that further information can be found.

Below is a gallery of some photos of Moritz - in the army, with his fellow work colleagues, with 2 photos with his wife on vacation (at least we think that it is his wife.) And more importantly, below the photo gallery is a letter that he wrote to his parents in 1919 - the original and the translation.

And very many thanks to my new friend in Germany - Matthias - who was kind enough to translate the letter. 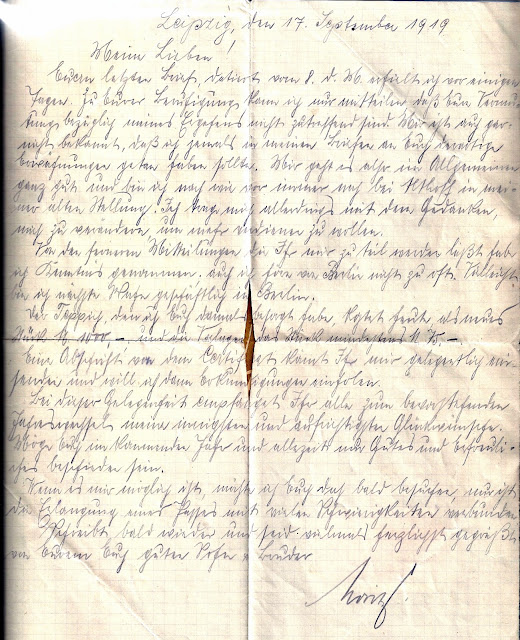 Translation of above letter. Again, thanks to Matthias for the excellent translation!

I got your last letter, dated the 8th of this month a few days ago.
To your reassurance I can inform you, that your assumptions
about my well-being are irrelevant. I don’t know, what I have written in my letters
that you came to such conclusions. I am certainly in general
quite well and I am still in my old job at Althoff.

However, I am thinking about a change, because I want to earn more money.
I read also the other information you sent.
I also don’t hear from Berlin very often.
Maybe I'm on business next week in Berlin.

The carpet I acquired for you at that time costs today ......
each M.(Mark) 1000, - and the rugs at least 75, - each.
You can send me a copy of the certificate occasionally
and I will make inquiries then.


On this occasion, get my deepest and most sincere congratulations
for the upcoming change of the year.
May you getting the coming year and everytime only good and enjoyable things.
If it is possible for me, I want to visit you soon, only getting a passport causes many
difficulties.

By your good son and brother


So Moritz - we know little of you and we expect you to show yourself soon - either in more letters, documents of your death and marriage, and maybe even a new photo or two.