Sixty nine years ago today, the US joined the war.  My father, Robert Joseph Marks, joined the Marines a few months later and served in the South Pacific.  As a tribute to him and the millions who were in that war, below is a photo of him at a lighter time during his service. 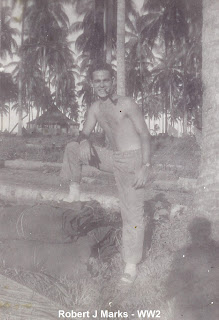